how you can help

Our actions define us.

Whether you can give five minutes, five dollars or five days, your actions contribute to a positive ripple of change. Find direct links to all resources listed in our Issue 01 below. If you haven't already, order a copy today!

Click on an article title below to see a list of actions you can take to support. Articles are presented in order of appearance in the magazine.

Running For Change
All Eyes on Mi'kma'ki
Surveillance, Resistance & Black Organizing in 2020
Compassion in the Age of COVID
930 Days Behind Bars
Gender Equity Now
Shiva Delivers
View Other Issues

No matter how different our religious or cultural backgrounds are, we can always find commonalities. More importantly, we can use our spiritual, political and cultural values to help others. Consider what guides your soul and channel that into something powerful.

Ways to help when time and resources are limited.

BRAINSTORM ways you, your family and friends can help your community without putting yourselves front and centre.

SHARE this graphic and story on social media or with your friends and family.

SUPPORT organizations looking for volunteers or donations by sharing on social media.

Tools for contributing when you have more time or resources

FIND a group in your community who are donating time and resources, and join them.

VOLUNTEER with or donate to a mutual aid group in your community.

What is mutual aid? Mutual aid is the simple act of people in communities taking responsibility to care for one another.

Go to this website or search for “Mutual Aid NAME OF YOUR CITY”.

Options for ongoing and sustainable engagement.

START a chapter of Shiva Delivers in your own community. 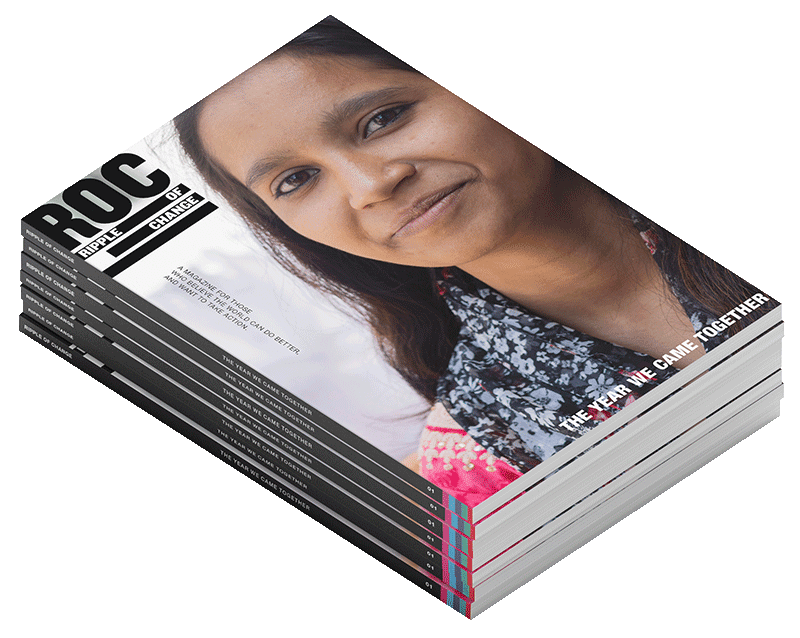 This is your chance to purchase RIPPLE OF CHANGE magazine's very first issue, printed on environmentally-sustainable stock.

In its pages, readers will be immersed through in-depth stories and engaging photography, transporting them to the frontlines of humanitarian and social justice work happening around the world.

Note: We are currently using an intermediary account. This transaction will appear on your statement as PAYPAL *AOMROCMAG, with Artovermatter under Merchant Details. Rest assured that your support will be directed to RIPPLE OF CHANGE Magazine.